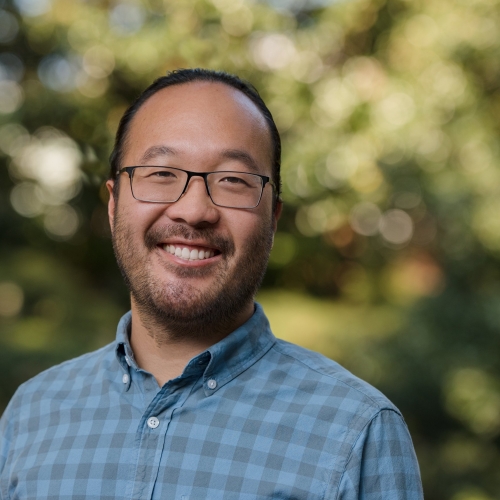 Timmy Lu is the founding director of AAPIs for Civic Empowerment Education Fund. He brings 11 years of experience in community organizing, political campaigns, and voter data management. Prior to this role, Timmy was the State Organizing Director at Asian Pacific Environmental Network, where he led the organization’s integrated voter engagement programs in contacting tens of thousands of voters. A second-generation ethnic Chinese refugee from Vietnam, he’s also a new father. 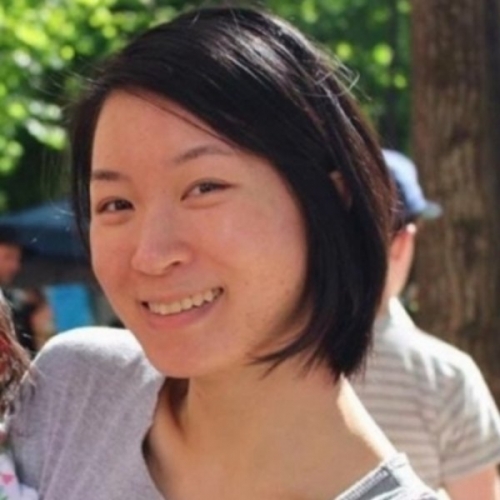 Born and raised in Oakland, Jennifer was first introduced to movement work through youth organizing. Jennifer brings a wide range of experiences including organizing healthcare workers at AFSCME 3299, working with low-income tenants on anti-eviction campaigns, and leading civic engagement mobilizations. In her most recent role as the Youth Organizer at OPAL Environmental Justice Oregon, she organized youth of color around transit and environmental justice issues and won expanded youth access to free transit. Through political education and leadership development, she also mobilized youth leaders to participate in door knocking/phone banking for local ballot issues. Jennifer is now the Civic Engagement Manager at AAPIs for Civic Empowerment Education Fund, where she helps coordinate and implement statewide voter outreach efforts. 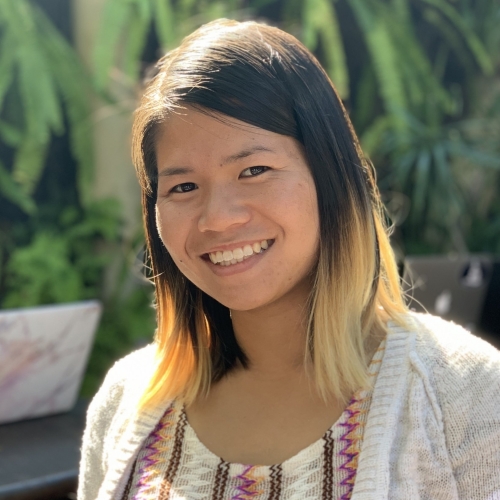 Lan is the daughter of Vietnamese refugees and grew up in Cambodiatown, Long Beach. Lan has a background as a filmmaker, educator, and grassroots organizer. She is most passionate about issues regarding immigration and incarceration. 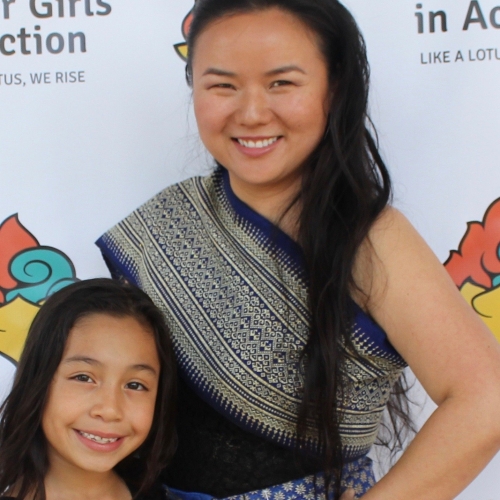 Lian Cheun is the Executive Director of Khmer Girls in Action. She is a 1.5 generation refugee from Cambodia. She grew up in the Bay Area and has spent 2 decades working in low-income communities of color. Lian started out as a youth organizer on the Kids First! Campaign and has since worked for funding for youth programs, fought for educational and health justice, volunteered and trained for numerous GOTV efforts with the Alameda County Labor Council, and fought for workers’ rights regionally and internationally. In 2007, Lian helped Migrant Forum in Asia organize the very first regional, migrant domestic workers’ assembly.  Lian believes in fighting for our self-determination as women, as workers, and as creators of knowledge and culture in our communities. She was also the former director of the Movement Activist Apprenticeship Program (MAAP) at the Center for Third World Organizing (CTWO). In 2014, Lian was appointed to President Obama’s Advisory Commission on Asian Americans and Pacific Islanders. Visit Khmer Girls in Action at http://kgalb.org/ 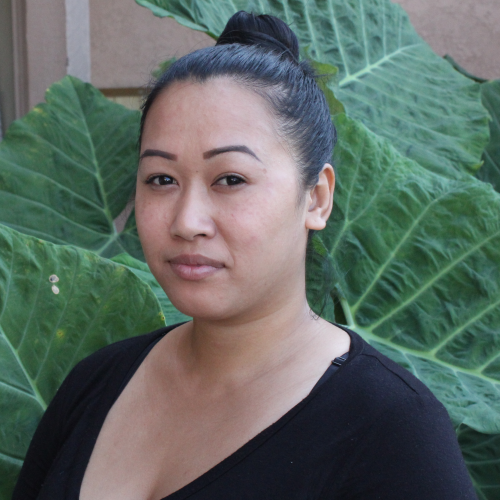 Amy started off as a member in 2003-2004 and continued to participate and volunteer with KGA after graduation. She was born and raised in Long Beach and is an active member in the Khmer Community. She is the daughter of a first generation refugee from Cambodia who still faces struggles every day. The connection she has to her people is her relationships she builds with the youth. She believes that there is nothing more powerful than to be guided and set up for success. As a member, Khmer Girls in Action saw so much potential in her and believed that she could make a change and by setting her up with the right tools, she was able to be who she is today! Visit Khmer Girls in Action at http://kgalb.org/

Mabel Lam is the Political Director for Asian Pacific Environmental Network. Mabel is a first generation Chinese-American from the San Gabriel Valley in Los Angeles. Having grown up in a region known for its large APIA population, her first mission after graduating from UC Santa Cruz with a double-major in Legal Studies and Modern Literature and minor in Political Science, was to help mobilize the APIA community into civic engagement work through an internship at the Center for Asian Americans United for Self Empowerment (CAUSE). Wanting to solidify her organizing skills, Mabel went on to work on electoral campaigns in battleground states. This included the Organizing for America (OFA) campaign in Nevada and a coordinated campaign in Virginia. In 2013, Mabel took on a political organizer position with SEIU 2015 (formerly ULTCW), where she got the chance to work with homecare providers who were predominantly low-income women of color. In that role, she also served on the boards of the Contra Costa Labor Council and the Alameda chapter of the Asian Pacific American Labor Alliance (APALA). Her nearly 10 years of experience of uplifting the voices of the most underrepresented has led her to APEN today, where she is incredibly excited to be a part of the process to politically empower the APIA community through sustained grassroots efforts. Visit Asian Pacific Environmental Network at https://apen4ej.org/ Visit Khmer Girls in Action at http://kgalb.org/ 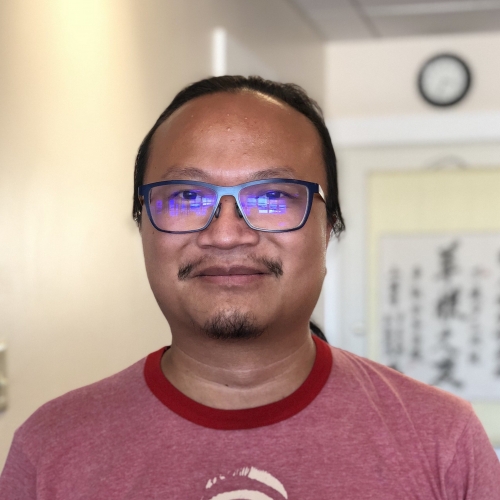 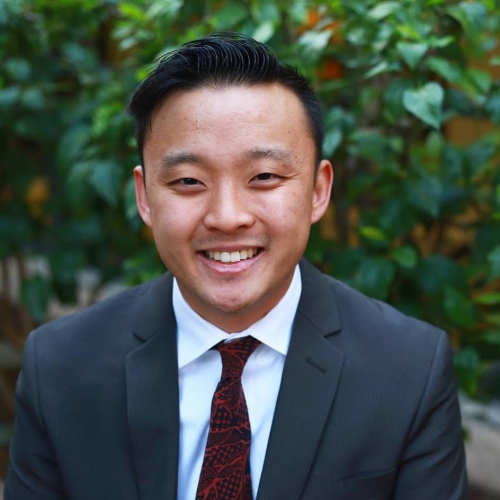 JP is KRC’s Orange County Director and was formerly the Campaign Manager at the Buena Park office, building and training a local and progressive base of Korean-Americans to work on issues across Orange County. Before working at the Korean Resource Center, he started his work in politics at the Bus Federation Civic Fund in Portland, Oregon, serving as the Operations Manager until December 2014. He also helped coordinate a campaign with the Urban League of Portland, collecting health equity surveys and signing low-income children up for healthcare. Visit Korean Resource Center at http://www.krcla.org/ 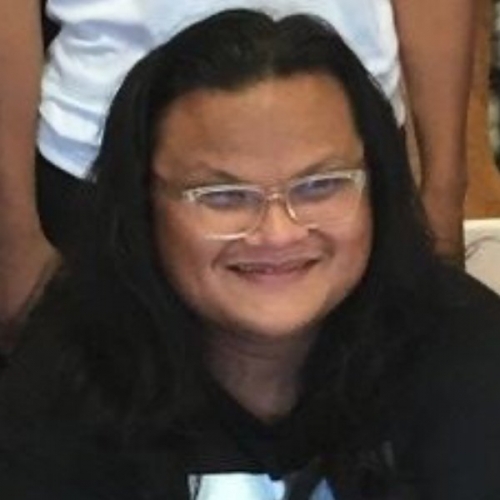 Fred Pinguel is Filipino Advocates for Justice (FAJ)’s Lead Organizer. Fred’s organizing experience started in high-school as a youth member of Asian Americans United fighting gentrification in Philadelphia’s Chinatown. He then worked for the Philadelphia Student Union as a youth organizer, organizing youth across Philadelphia to support public education reform. He then transitioned to CeaseFirePA, a statewide organization, helping community members advocate for common sense gun violence prevention policies in PA. FAJ hired Fred to be the Lead Organizer in the summer of 2016 and his role is to coordinate the organization’s political strategy and activities. Some of those activities include voter outreach and education, grassroots organizing and leadership development. Fred is a new Bay Area resident via Philadelphia. He immigrated to the United States with his parents and brother, eventually settling in the City of Brotherly love. Fred’s experiences as a working class, newly arrived immigrant informs his current role at FAJ and anchors his commitment to FAJ’s vision and base. He graduated from Temple University with a BA in Communications. Visit Filipino Advocates for Justice at http://filipinos4justice.org/

Laiseng Saechao is the State Organizer at Asian Pacific Environmental Network. Born and raised in Richmond, California, Laiseng grew up noticing the deep inequalities that existed in her community. A serendipitous enrollment in the course “Ecological Justice” taught her about APEN’s work and their organizing efforts in her own backyard. This inspired her to become engaged with on-campus organizing and intern with organizations like the Labor/Community Strategy Center and APEN. In order to tie academia to her passion for equity, Laiseng graduated from Scripps College with a degree in Politics and International Relations where her concentration was Power and Justice. She is currently the state organizer at APEN, helping build local power in the Central Valley and Los Angeles to win statewide civic engagement and public policy campaigns. She is a self proclaimed data enthusiast, and is looking forward to building out APEN’s civic engagement data. Laiseng is extremely excited to have APEN as a political home and is looking forward to working alongside members and allies for healthy communities we can live, work, and play! Visit Asian Pacific Environmental Network at https://apen4ej.org/ 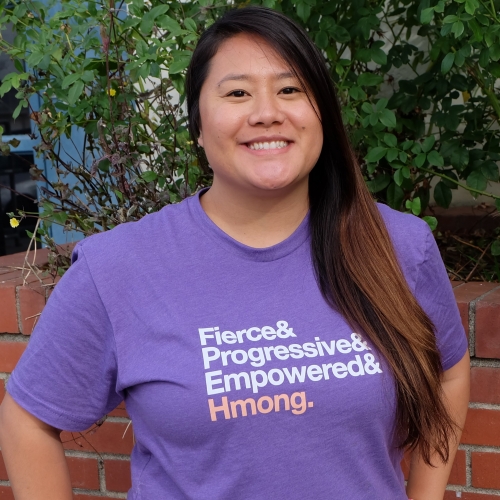 Mai Thao is a first generation Hmong American womyn born and raised in Fresno, California. She volunteered for her first electoral campaign, a local Fresno City Council race, when she was 14 years old and has been involved in building political power for underserved communities since then. She previously served as the Political Community Organizer for SEIU Local 521 and joined Hmong Innovating Politics in December of 2017 as the Central Valley Civic Engagement Director based in Fresno. Visit Hmong Innovating Politics at http://hipcalifornia.com/ 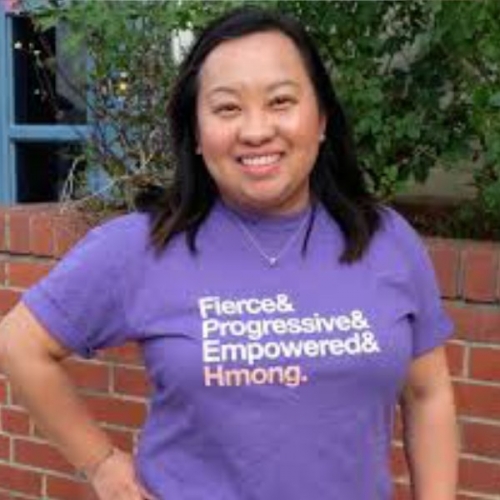 Cha Vang is the co-founder and Executive Director of Hmong Innovating Politics (HIP), whose mission is to strengthen the power of disenfranchised communities through innovative civic engagement and strategic grassroots mobilization. Founded in 2012, HIP set out to address the lack of representation and voices at the decision-making table. Prior to being the Executive Director of HIP, Cha works tirelessly as a community organizer to improve outcomes for children and families in the Sacramento region. Cha has worked on issues ranging from education to food justice. She has volunteered on multiple local campaigns working toward building political power for underserved communities. Cha has done extensive work in empowering and cultivating leaders amongst her peers and the youth. Cha holds a Bachelor’s in Sociology from California State University, Sacramento. Cha was born in the refugee camps of Thailand and raised in South Sacramento. Cha is one of 14 children in her family. Visit Hmong Innovating Politics at http://hipcalifornia.com/

With nearly twenty years of experience organizing for social and economic justice, Alex has played a leadership role in building CPA’s service, organizing, and civic engagement programs. Before becoming CPA’s Executive Director, Alex served as the Campaign Coordinator where he built the CPA Worker Center and led campaigns to organize workers in the garment and restaurant industries, winning over a million dollars in back wages. Prior to CPA, he worked with Sweatshop Watch in Oakland and the Center on Policy Initiatives in San Diego. Alex is also the Executive Director of the Chinese Progressive Association Action Fund. Alex serves on the Board of Directors for the Common Counsel Foundation and The Praxis Project.​ Visit Chinese Progressive Association of San Francisco at http://www.cpasf.org/

Malcolm Amado Uno is the Senior Advisor at Asian Pacific Environmental Alliance. Before joining APEN, Amado served as Special Assistant to the Secretary of Labor in the Office of Public Engagement where he expanded opportunities for community participation in the grants and regulatory process, served on the interagency implementation team of the White House Initiative on Asian Americans and Pacific Islanders (AAPI) and assisted in the Department’s efforts to engage organized labor. As the Executive Director of the Asian Pacific American Labor Alliance, he created strong labor and community partnerships, advocated for multi-generational leadership in the labor movement, helped to train the next generation of AAPI union organizers and implemented APALA’s Every Vote Counts political program. Amado is a recipient of the Public Policy and International Affairs Fellowship and the Coro Fellowship and received his graduate degree in Public Policy from Carnegie Mellon University. Visit Asian Pacific Environmental Network at https://apen4ej.org/