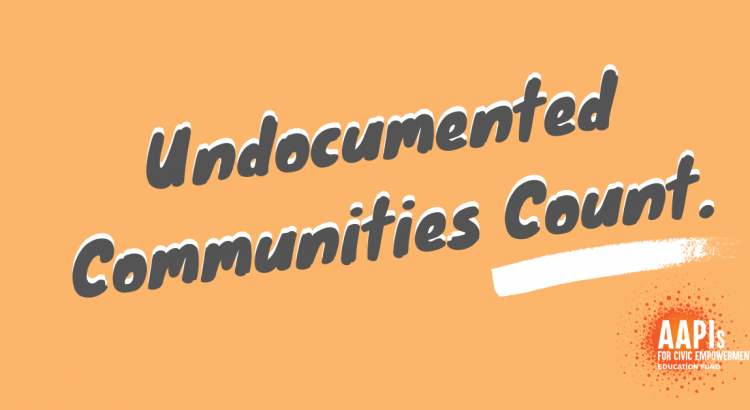 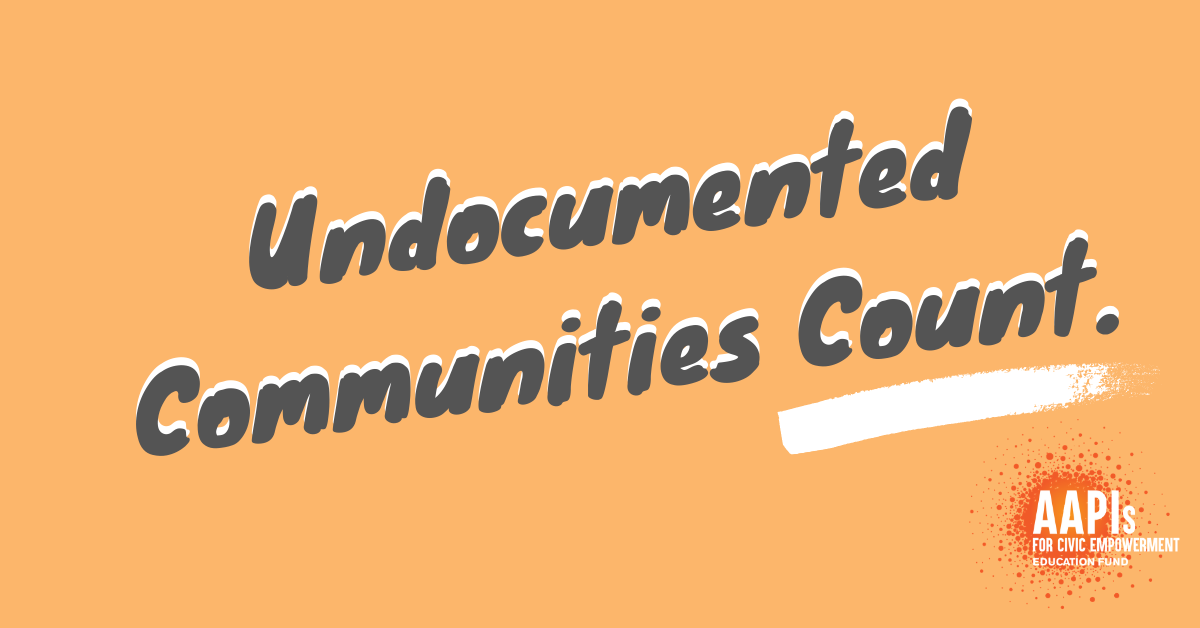 In yet another attack on immigrant communities, President Trump issued a Presidential Memorandum yesterday requiring the U.S. Census Bureau to exclude undocumented individuals from being counted for the allocation of congressional seats. This memo is unconstitutional and is being challenged by legal advocacy groups.

Trump’s memorandum is shameful and racist by insinuating that undocumented people do not count as “persons” living in each state. He is wrong. Undocumented immigrants live, work, and go to school in every state, and practice civic engagement in a variety of ways to make our communities thrive. Our undocumented communities count.

“This memorandum continues Trump’s campaign to sow fear amongst all immigrants and discourage our communities from taking action in the streets and at the ballot box in a moment where their political activity could prove decisive in the 2020 election,” says Timmy Lu, executive director of AAPIs for Civic Empowerment Education Fund (AAPI FORCE-EF).

Data from the U.S. Census is used to determine representation in the U.S. House of Representatives, along with allocation of federal funds. Immigrants, along with communities of color, are deemed “hard to count”, with the AAPI population having the lowest Census response rate of any race. This leads to less of political power in Congress, and fewer resources for local communities. California is already at risk of losing representation due to a Census undercount and with 1 out of 8 Asian immigrants being undocumented in California, Trump’s memorandum presents a direct threat to the health, well-being, and political power of our communities.

“We expect that our undocumented communities will continue to do what they have been doing in the face of past attacks: supporting their families, making a positive impact in the communities they reside in, and being politically engaged, which includes completing the Census,” says Lu.